Here’s a few scenes that will be released on Adult Time in October 2021. We hope you enjoy them! A new series that will make you reconsider going back to school… if you know what we mean. 😉

Synopsis: Khloe Kapri is in detention when she gets a call on her cell phone. Her teacher Clarke Kent can’t believe his eyes when she brazenly answers it and starts talking. Clarke warns Khloe to get off the phone and after a moment, she finally does. Trying to get a rise out of her teacher, Khloe talks back to Clarke. They get into a brief argument as Clarke gets more and more frustrated with Khloe’s bratty attitude.

Khloe gets an idea, a mischievous look coming over her. She picks her skirt up and bends over in front of Clarke, showing off her perky ass. Clarke is shocked as Khloe goads Clarke into spanking her. He tries to resist his temptation, but he can’t hold back for long. Finally, he smacks Khloe’s ass as she gasps with pleasure. This is one detention neither one of them will ever forget! Pure Taboo’s first bisexual scene. A must have for members who appreciate different content.

Synopsis: An American exchange student arrives at the home of the Canadian couple he’ll be staying with, saying that he’s eager to learn about Canada. To his surprise, the couple is very casual about touching him. The couple claims that Canadians are naturally VERY affectionate, and the student naively believes them. As the days pass, the student becomes accustomed to seeing the couple cooking in their underwear, and coming out of the bathroom naked, all believing that it’s part of the local culture and trying to take part in it himself. By the time the couple explains to him that they’re bisexual and that they want the student to stay with them forever, he is so used to their ways that it isn’t too difficult to convince him to stay… and more. Synopsis: Two people, a lesbian woman and a soft-spoken man – who don’t know each other – are each in desperate need of surgery but can’t afford it. Their doctor brings them together in his office, telling them that he will do their surgeries free of charge – IF they fuck each other, right then and there in front of him. They are shocked, taken aback, and disgusted. But they ultimately get greedy for the savings and agree to his twisted desires, having sex in his office as he creepily watches and directs their every move.

Synopsis: Eliza Ibarra, Emma Hix, and Gabbie Carter are feeling a little bummed. They had planned to have their annual water fight but the weather put a damper on their plans. Once they’re inside, they try to figure out something else to do to honor their friendly competition… and that’s when a pillow fight breaks out!

As the girls giggle and duke it out with each other, Emma suddenly becomes inspired. To make things interesting, why don’t they turn it into a strip game?? Each time someone gets smacked with a pillow, they have to remove a piece of clothing… starting with Gabbie! After Emma wallops her with a pillow, Gabbie is a good sport and gives in, removing her top. Things only get hotter from there as each girl becomes more naked by the second… until they finally decide that it’s time for the REAL fun to begin! Another strong drama-focused script that shows what Pure Taboo is all about.

Synopsis: A young woman is babysitting for her aunt and step-uncle, who have gone out for their anniversary dinner. The girl – who has always had her eye on her uncle – is surprised when the couple’s night ends early. Finding herself alone with her uncle, she senses an opportunity and attempts to seduce him. Not wanting to cross the line with his niece, he is hesitant at first. But he can’t resist the niece’s charms for long, and soon they are having sex, trying their best to be quiet as the aunt sleeps in the other room. The first “straight” scene from fan favorite director Ricky Greenwood. Liv Revamped stars in this cinematic feast for the eyes. Synopsis: Jade Venus and her partner Chris Damned are touring the new space where they’ll be opening a business soon. They love what they see, excited about all the opportunities that the business will bring them. But that’s not the ONLY thing these two are excited about. They can barely keep their hands off of each other and rush home, eagerly tearing their clothes off. This is the PERFECT way to celebrate all their new opportunities!

Adult Time’s 2nd pilot. This is a romantic series, showing anecdotes of the most funny and cringeworthy dating tales every lesbian goes through. We can’t wait to hear what you think of this new project from Bree Mills!

Synopsis: A girl’s date is taking her to her apartment for the first time and the girl’s pretty excited, often breaking the fourth wall to talk to the audience. But when they open the door, they’re shocked to find that the date’s roommates are still home! Privately, the date tells the girl that she’s a closeted lesbian and that her roommates don’t know. The date wants to continue the evening because she has things planned for them BUT they have to pretend to be friends. The girl isn’t thrilled but agrees… though gets more than she bargained for when the roommates keep interrupting their cute moments. Finally, the girl and her date sneak off into the bedroom to get away from the nosy roommates and FINALLY enjoy their date to the fullest! Another assured success of this already classic Devil’s Film series.

Synopsis: Bunny Colby is having a pleasant conversation with her husband, Matthew (Aspen X). They live in a community where it’s normal for a man to have multiple wives, and Bunny tells Matthew that their neighbor Ezekiel (Jason Flex) has eight wives now. She asks Matthew when he’ll bless their own family with an additional wife, but Matthew admits that having multiple wives sounds like a lot of pressure, and he wishes that adding husbands could be a possibility.

Bunny agrees that having more men around the house would be useful, but worries that she would have trouble with pleasing multiple men in the bedroom at the same time. Matthew says that he’d be happy to help with pleasing another husband. Bunny is confused for a moment and asks what he means, but then their neighbor Ezekiel shows up and greets them.

The couple asks Ezekiel how he’s doing, and he says that he’s exhausted from the pressures of having so many wives. Matthew says that he and Bunny were just talking about this, and Ezekiel longingly says that sometimes a man needs the company of… other men. Matthew and Ezekiel start touching and kissing each other. Bunny worriedly asks where she fits in with all this, and Matthew assures her that she has a place with them… Ezekiel needs their FULL attention! Bunny happily joins in, and the sexy threesome starts off with Matthew and Bunny taking turns sucking on Ezekiel’s cock. But that’s just the beginning, because there’s plenty of love and pleasure to go around here! Hopefully the latest Transfixed gets things back on track and the episodes are more like the classic series, with occasional episodes like the one with Daisy Taylor, and makes up for the debacle of last episode. 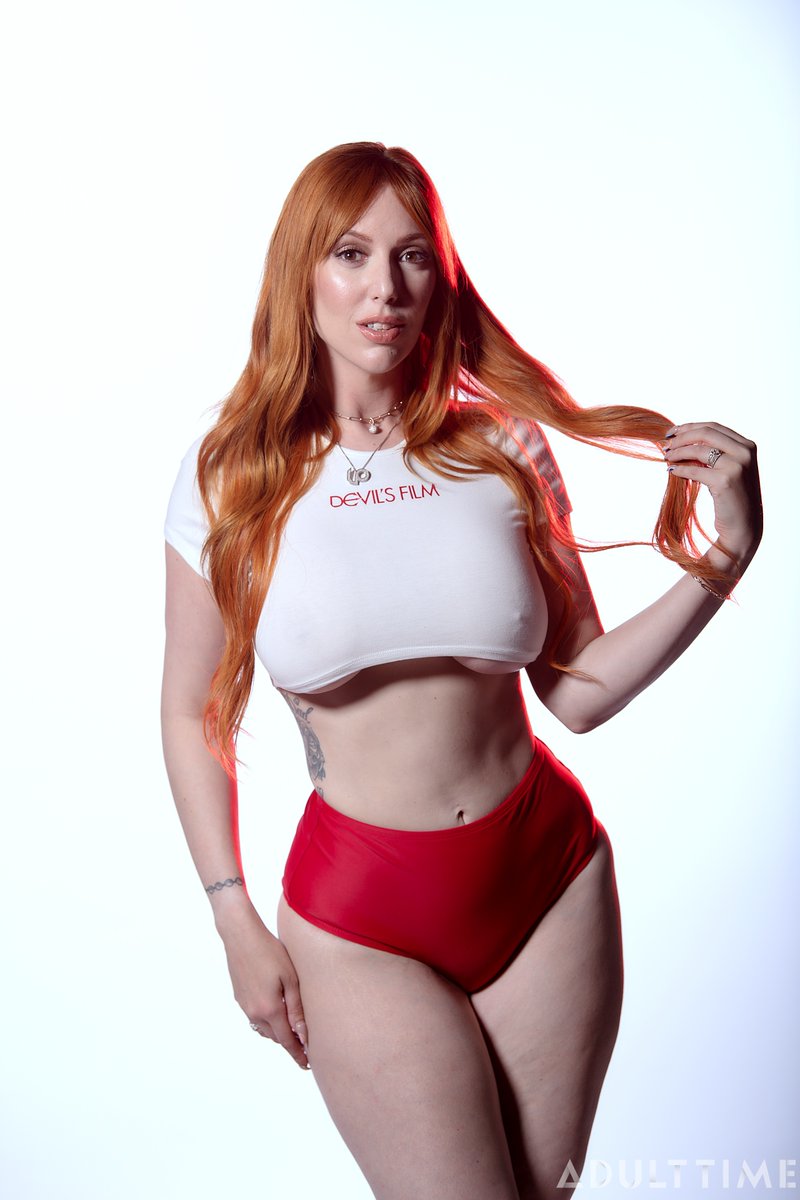 2
39
Adult Time · 2 days ago
@Adulttimecom
Scene 2 of @AdamEvePlus ' "The Perfect Mark" is now out exclusively on Adult Time!