Hello! How are you doing?

I’m doing well, staying safe and keeping busy with the family. thank you for asking!

Are you excited by the release of your new anthology film Future Darkly: Pandemic?

I am!  This is a very interesting project to open with for 2021, since it encompassed so much of my time during the months of lockdown last year.  I went into this project with an experimental mindset, wanting to use the challenge we were given as an opportunity to test different approaches to collaborating with talent and production itself.  So, I’m excited to see how people respond to the final result.

Where did you get the idea for that project?

I am a huge fan of Charlie Brooker’s Black Mirror … so much so that I created Future Darkly as an homage to their near-future storylines and bleak aesthetic.  So, when the pandemic first hit, I couldn’t help but draw comparisons in my mind and began brainstorming potential plots (which is my gut reaction to most global events!)   I was particularly interested in exploring the effects of isolation on physical relationships and intimacy.  But, I wasn’t sure about developing it further until I had a conversation with a journalist from Rolling Stone.  We were discussing the impacts of the pandemic on production overall and I casually told her my idea of making this film and directing it all from my office.  She was interested in learning more and this ended up becoming the catalyst for getting the greenlit.   Life happens for a reason.

Can you tell us a bit more about your inspirations for Pandemic?

I wanted to make an anthology film because the sub-genre allows you to be very experimental and that was a big part of my motivation.  Having four short films to create, instead of one narrative story, provided an opportunity to work with four distinct collaborators, try four unique approaches to production, and tackle four unique meditations on isolation and intimacy.

The inspiration for the characters themselves is an amalgamation of different real reactions to the pandemic, albeit skewed and distorted a bit to fit my universe.   I wanted to show one end of the spectrum to another, with each character having their own unique internal conflict when it came to physical relationships.  Laura’s Delivery is a classic Pandora’s Box tale of boredom and temptation, whereas Anthony’s Date draws a lot of inspiration from Her and focuses on loneliness and emotional intimacy.  Kate and The Free Man is about agoraphobia and escapism, and our final story, Alex and Anna, is about true love in the face of adversity.

What are your favorite mainstream fiction films that tackled the possible consequences of a pandemic?

I re-watched Contagion back in March and I’m not sure if I would recommend it for the faint of heart!  Soderbergh did such an amazing job of showing the slow unraveling of a crisis and how realism is a lot more terrifying than asteroids, alien invasions, or the zombie apocalypse.   Unfortunately, Outbreak hasn’t quite stood the test of time as much!

Could you tell us a bit more about the innovative pipeline that you set up to be able to shoot remotely?

I’m fortunate to work with very talented people, who often juggle multiple hats on set.  This made it possible to pair down our operations and go in with a two-person team on set to manage all of our lighting, video, and audio.  We shot three of the four stories with this skeleton crew and connected their cameras so I could use Zoom as my virtual monitors.  I was able to do everything I normally do on set, from coordinating craft services to working with the actors and directing the crew, all from my office.  We complemented these pieces with self-shot segments from various different creators, and took this approach a step further in the fourth story, Anthony’s Date, where the majority of sequences were planned and self-shot by Michael Vegas and Siouxsie Q and then I joined to direct the sequences with Ana Foxxx using video conferencing.

How much creative input came from your various collaborators on the project, including the content creators whom you worked in close collaboration?

I would say it was a nice mix of me having a clear vision on how I wanted to visually tell each story and getting creative input from both crew and creators during the production itself to add value.  In the case of Anthony’s Date, we provided the story and context but MV/SQ did all their own storyboarding and shooting as a second unit.  I was able to play more of a passive role, to allow them creative freedom for the filmmaking.

Some of the episodes of Pandemic do not feature any explicit sex, which is a drastic change from what you see normally on adult platforms. How do you think members will react to these specific episodes?

My original intention was to offer the film in two parts on Adult Time, with each part having a hardcore and a soft/non-sex story included.  In the end, our team decided to cut it up and release the project as four individual episodes instead so I suspect that the non-explicit releases may be met by some criticism from fans looking for a traditional hardcore episode.  But, hopefully our marketing team will do an amazing job of communicating what my original intentions were to the audience so they understand I had imagined the project released in two pieces!

What are you looking forward to in 2021? Any upcoming scoop about the future of Adult Time?

I am looking forward to getting back to a regular schedule of production, using a mix of remote and traditional directing techniques!

Thank you for this amazing interview and we look forward to watching Future Darkly: Pandemic, out January 21st! As someone who loved UnrelatedX and thought the only downside of that was including a sex scene, I have to say that this will be the rare occasion where I diverge from Gooch (sorry!). My interest in Pure Taboo is in the integration of sex into a dark and interesting dramatic form, if the creative endeavor entails a scene that doesn’t have sex, then I’m willing to go along for the ride. Truth be told, I return to some of the PT scenes for the storylines and uhhh, I might not even rewatch the sex, just the setup and then scrub to the punch line. So, I for one, welcome our new insect overlords….Oh wait, you don’t have a Naked Lunch inspired storyline with sex with hallucinogenic insects? Well, get on it then. Let your creativity flow!

“Some of the episodes of Pandemic do not feature any explicit sex, which is a drastic change from what you see normally on adult platforms. How do you think members will react to these specific episodes?”

Bree: “My original intention was to offer the film in two parts on Adult Time, with each part having a hardcore and a soft/non-sex story included. In the end, our team decided to cut it up and release the project as four individual episodes instead so I suspect that the non-explicit releases may be met by some criticism from fans looking for a traditional hardcore episode. But, hopefully our marketing team will do an amazing job of communicating what my original intentions were to the audience so they understand I had imagined the project released in two pieces!”

Well, perhaps it should have stayed in two pieces then?

Let me be perfectly clear – I have zero interest in a soft/non-sex story on Pure Taboo, or anywhere else. If Pure Taboo began doing that on the regular? Or it became a regular thing on Adult Time? That’s pause for consideration regarding membership.

I expect you’ll be facing some criticism, and arguably rightfully so. I don’t like or support that decision either. One step forward (with this episode) and two steps back (with the soft/non-sex/non-hardcore episode).

Well, marketing team? Want to take your stab at it and “do an amazing job communicating” her original intentions? And why in the world it was chosen to push through with a non-sex, non-hardcore episode? I am puzzled that you all thought that would be good with the membership base.

Bree you continue to amaze 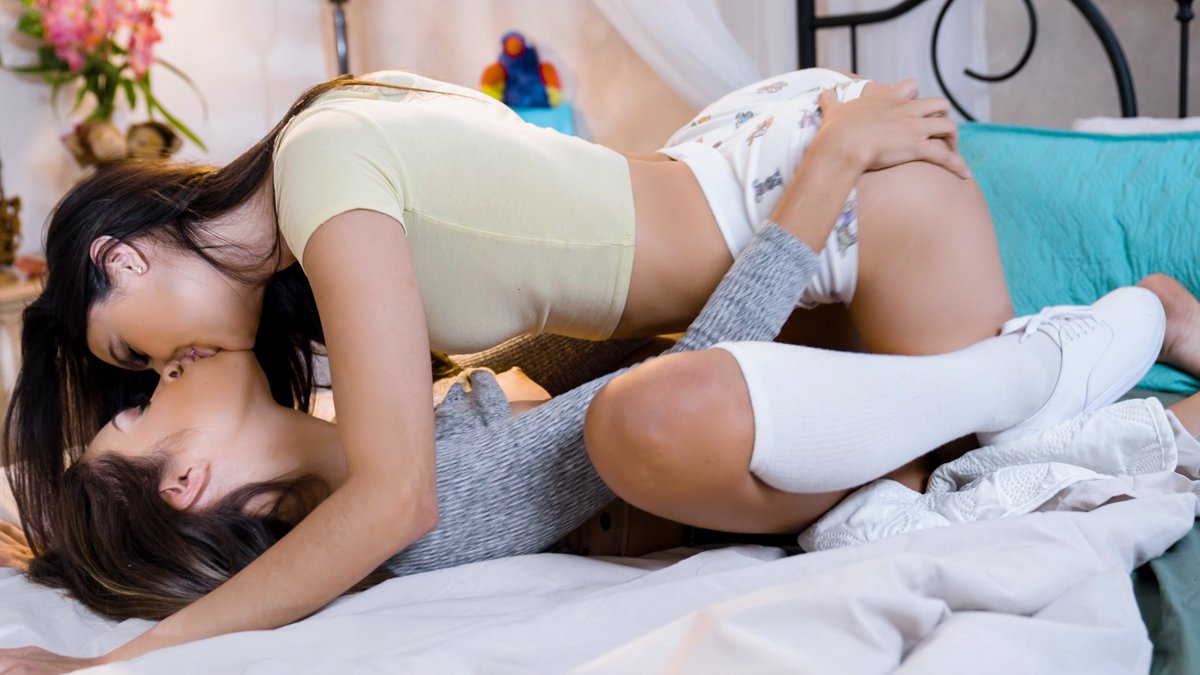 3
34
Adult Time · 5 hours ago
@Adulttimecom
. @joshualewisxxx is one lucky stepson...